Although it’s been over a month since the release of the highly anticipated Incredibles 2 movie, you can deal with our late review. Pixar Animation Studios made us wait 14 years for a new Incredibles movie, so you guys can wait over a month for us to see the movie and write about it. Plus, our review is still timely, as Disney just announced the digital and Blu-Ray release dates:

On a funnier note, we thought we would look like this in the movie theater: 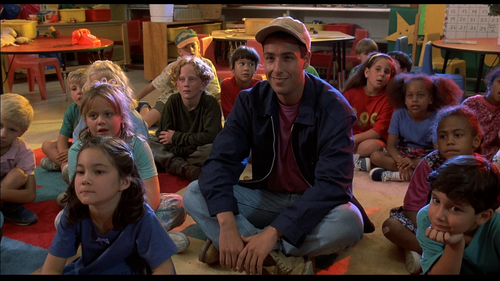 But instead, there were plenty of couples just like us, because this movie was MADE FOR US! Keep quiet kids, your parents (and DINK friends of your parents) want to know what powers Jack Jack inherited.

Let’s start with the short film before Incredibles 2, Bao. Bring on the laughs, tears, and ultimately, a gut-wrenching twist at the end, which left everyone in our movie theater in shock. Bao depicts an over protective mom, balancing the parent-child relationship, especially as her son grows up and becomes independent. It’s worth going to see Incredibles 2 just to see this beautiful Pixar short film that leaves you wanting to hug your mom and eat delicious Chinese dumplings (which hopefully do not come to life).

Despite making us wait 14 years, I think everyone will agree Incredibles 2 was worth the wait. The movie gives you a glimpse of the 17 different powers Jack Jack has acquired (Yes, you heard me correctly.), which is by far the BEST part of the movie. The film takes you on a familiar journey with a nostalgic story line. It’s best to describe as being brought straight back right to 2004. In addition to seeing Jack Jack’s new superpowers, viewers also get to see more from Elastigirl, which is definitely something we have all been waiting for.

I definitely recommend seeing in theaters this weekend – or even waiting the two months until the digital release date, but you should definitely add this soon-to-be Pixar classic to your watch list.

Was it worth the 14-year wait? OH SUURREE. I thought the movie was great and worth the trip to the movies. It was no surprise that Pixar did a great job on this one and made it on par or better than the first. There were funny moments, serious times, and lots of crime fighting thrills. I’m giving this a 4 out of 5 and would tell anyone in our age group who saw the first one as pre-teens/teens, you have to see this one for the millennial generations’ sake!